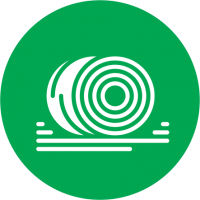 GROlife is a very unique blend of minerals that are derived from highly available mineral sources. We suggest that GROlife is more of a nutritional product than just another fertiliser.

Around 40% of our special mineral blend is sourced from what was once a huge seabird rookery. The resultant bi-product is a mineralised form of seabird guano. We have access to this very mineral dense ore, created in a pristine environment that was teaming with sea life and birdlife, located in Java Island. This is NOT rock phosphate!

These minerals are very unique as they have been gathered together through biological processes and when powdered, pelletised and introduced into the soil are highly available to soil microbial life, this enables plants to access and readily take up nutrients that no longer exist in balance or are not available at all in our various soil types.

In fact, we are introducing over 60 unique minerals and micro-minerals that are extremely beneficial to the establishment of healthy soil and plants.

Nutritionally, this is also a major breakthrough for the health of livestock. Pasture rates increase dramatically as seen in the independently conducted 4 year trial (overleaf). This leads to the ability to also increase stocking rates to much higher levels, whilst providing a highly beneficial, nutrient rich food source.

We complete our blend by adding very high quality, natural minerals that stimulate microbial activity and more importantly bring the microbial colonies into BALANCE which is the key to making nutrition available to plants and livestock. These minerals can also assist with the digestion of plant material. 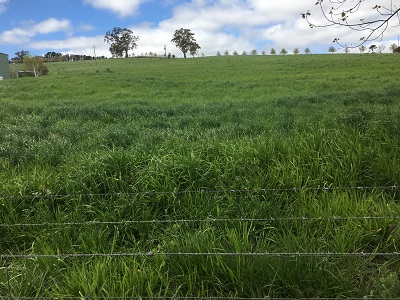 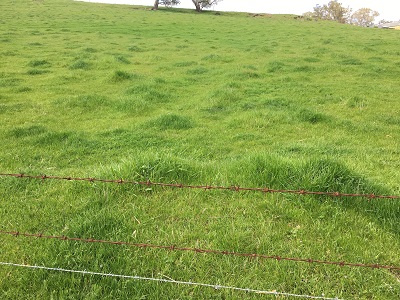 In 2011, our agricultural arm were asked to conduct trials for the South West Goulburn Landcare Group at Broadford, Victoria. The property was a beef cattle operation in high rainfall undulating country in the Goulburn River Catchment area. The desire of the members of the group was to better understand their soils and improve the health and productivity of the soils and pasture.

The Trial was conducted over four years with funding from the Landcare Group in a commercial beef enterprise with comparison against the normal practices. The trials were conducted on two very different soil types on the property; a light silty loam and a heavy black basalt clay.

Comprehensive Soil Tests were taken of each area and the first day spent in the field carrying out visual assessments of the soils and discussing the soil test results. In subsequent years the field days concentrated more on understanding the soils and monitoring the results and responses to the recommended applications. Dry matter yield measurements each year were carried out by the independent agronomists.

We were asked at the beginning of the trial, “By how much do you think we can increase carrying capacity over what we have been doing?” The answer: “You will double it”.

The reaction understandably was of some disbelief, however, based on the visual soil assessment and chemical soil test it was clear to us that substantial responses would be achieved by following our recommendations over the next several years.

By avoiding chemical fertilisers such as Urea and also other chemical sprays, meant the soil only needed minimum input as the Biologicals are able to mineralise and release nutrients into an available form to the plant. 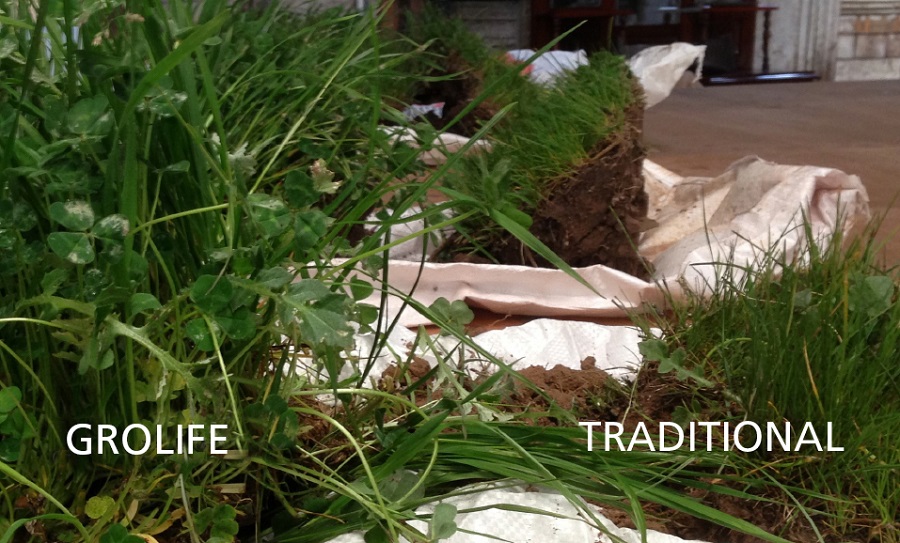 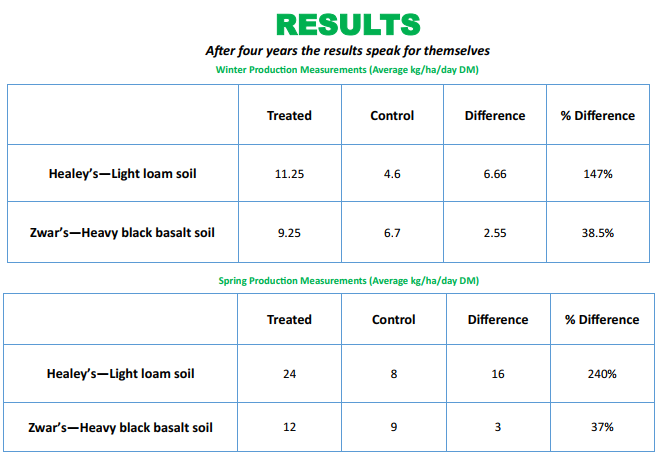 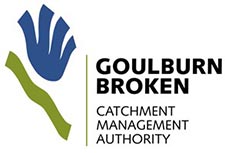 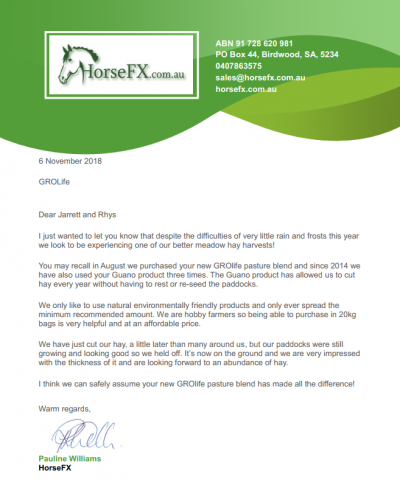 (PDF opens in a new tab)

Get in Touch Today!

We invite you to view our products on our Shop or return home to see all on offer at GROlife.

Looking to improve your soil and plant health? Get GROlife today!