Examine any segment of soil and you’ll find that it’s home to many different kinds of arthropods. Some arthropods are microscopically small while others are several inches long: from insects—such as beetles and ants—to myriapods—such as centipedes and millipedes—to arachnids—such as spiders, scorpions and mites. In fact, within a single square kilometre of soil, several thousand different species may dwell. And without these little critters, these soil partners, the soil would die.

In terms of their function as soil partners, arthropods can be grouped as fungal-feeders, herbivores, predators or shredders. While they feed on fungi, worms and other arthropods, they perform three tasks critical for soil health:

Alongside the myriad of arthropods present in soil, earthworms are vital soil partners too. Soil containing a healthy population of earthworms absorbs up to ten times the amount of water than soil void of earthworm tunnels. This means water runoff is reduced, groundwater is recharged, and water is stored to endure dry spells. Furthermore, air can penetrate deeper into the soil through the earthworm tunnels, thus stimulating microbial nutrient production at depths otherwise unattainable. Not only are earthworms the soil’s ventilation experts, but they also feed on dead plant material, redistributing nutrient-rich organic matter throughout the top layer of soil. In fact, the nutrient composition of what they expel from their digestive systems is higher than the original soil. This makes them a first-class soil partner!

Considering the immeasurable impact these soil partners have on our soil, a giant leap towards soil health is the protection of earthworms and arthropods. And this is exactly what chemical fertilisers, herbicides and pesticides do not do. Instead, they create havoc with soil ecosystems, throwing the delicate balance of life underground into disarray, often destroying the very little critters crucial for soil health.

For this reason, among others, GROlife mineral fertiliser is so appealing. Using GROlife honours the maxim of “first do no harm,” and then serves you in doing all the good possible: supporting the earth’s natural soil partners and therefore, enhancing the balance of the soil’s ecosystem.

See here for more on GROlife’s amazing qualities and check out our blog post on Soil Health: What are Microbes?

Department of Primary Industries, How Earthworms can Help your Soil 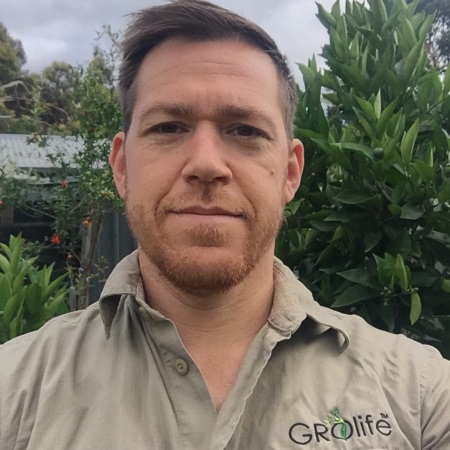 Co-director at GROlife, Jarrett Bouts has always believed in using natural products and engaging, environmentally focussed practices where practical. A student of permaculture practises, he actively seeks information for continual development.
Return home to see all we offer at GROlife. If you have any questions, get in touch via the contact form. We’d love to hear from you.

Soil Health: What are Microbes? Seabird Guano: The Right Poo will Do?

Seabird Guano: The Right Poo will Do?

Soil Health: What are Microbes?

This site uses Akismet to reduce spam. Learn how your comment data is processed.